I know that most of the people that read this blog have blogs themselves. For that I thank you sincerely. I am more grateful than the acceptable amount of grateful because you read this blog despite the enormous lack of good pictures.  I confessed here that I only have a camera phone to capture all the memories I’m making these days. Well your suffering is about to come to an end. Today I purchased this: 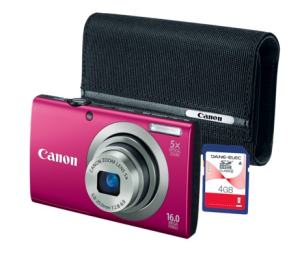 Target is having a big camera sale right now so I jumped at the chance to get something better than what I have. As far as phone cameras go, I have one of the best.  It doesn’t hold a candle to the fancy DSLRs or even a point and shoot though. So I upgraded to the Canon A2300.  It is a 16 megapixel camera  with a wide angle lens. Definitely a step up from my lovely but lacking camera phone.

Here is the cost breakdown:

Along with the camera, case, and SD card that are included, I’ll be receiving a $10 Target gift card. Like I wasn’t already addicted to browsing.

Thank you for suffering along with my while I did my best (sometimes) to make my posts look good. Now the real challenge will be to see if I can make them look even better in Photoshop.  Now go get yourself one if you need it!

Today, my dear friends, we are going to talk about money again. I have recently caught not one but two money saving mistakes. TWO! One saved me a little money and one is going to save me hundreds. HUNDREDS! First, you need to know how much I love the Patch NYC mini shop at Target.  I loved everything I saw on that endcap. Patiently, I waited for it to go on sale and one evening I was out at the old Target with my boyfriend and spotted some Patch items on a 50% off shelf. Hell to the yeah. I looked at the price sticker and it was the still the 30% off I had seen before. So I scanned it. Still 30% off. Then I did the one thing that not very many people do, but should. I asked.

The girl I asked quickly called her manager who told me it was their mistake and that they would honor the 50% off. Now, before you go taking one item off a shelf and putting it on a clearance shelf just to get the deal, don’t.  All the signs were supposed to read 30% off, not 50%. It really was their mistake. I was told to let them know when I was going to check out so they could alert the cashier. Now, here is where skill becomes luck. I explained what happened to the cashier. She couldn’t do it. Another employee or maybe manager saw her confused face and came over. He told her they can’t take 50% off the original price so she would have to take 50% off the ALREADY REDUCED price. This is the breakdown: 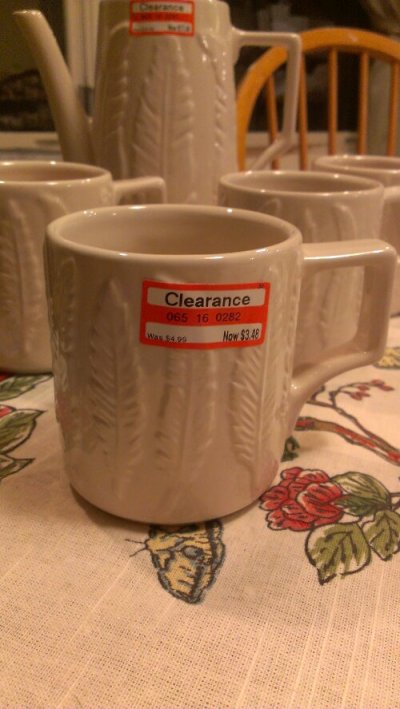 The other mistake I noticed was in a bill.  Earlier this year I had a surgery (story maybe to come).  Anyway, I’m paying off the surgery with a payment plan and I recently got my monthly bill.  The total had doubled. Um, say what? So I perused the charges and two recent doctors appointments showed that my insurance was paying a whopping $0.00.  Not cool. I called my insurance company and they told me my doctor didn’t accept my insurance so it was being charged to my out of network deductible. I thought this was ludicrous. My doctor is part of an enormous health system and there was no way she didn’t accept my very good insurance. So I fact checked (election reference, ay-ohh!) and sure enough she accepts it. I called the insurance company back and they sent me to a “Resolution Specialist” who saw that yes, my doctor accepts them and that yes, it was processing wrong. Boom.

I’m just a lowly receptionist, but I’m pretty sure everyone wouldn’t mind reducing their debt my nearly $500. Asking questions and paying attention to what you are being charged is extremely important, especially if you are on a tight budget. Honestly, who isn’t these days? At 23 and living on my own, every penny counts. I pay my bills, not my parents or my boyfriend or any anonymous benefactor (not that I would say no to one of those).